It is known, that ordinary carbon steel, if left in its natural state, exposed to the elements, is subject to corrosion phenomena, so it is good to intervene in time with anti-rust protection systems.

To obtain a long-lasting rust protection, a classic technique is the so-called “DUPLEX” system, which consists of combining hot galvanizing (obtained by immersing the steel in a bath of molten zinc at approximately 450 °), with painting which in addition to the protective film also adds an aesthetic finish.

Painting galvanized steel is not a particularly difficult operation, but less trivial than it may appear, in fact an operation carried out without the necessary precautions can lead to the detachment of the paint layer after some time.

After the galvanizing process, the steel artefact, once exposed to the atmosphere with its zinc layer, begins to react with the air, creating a layer of oxide, on which, if applied directly, the paint does not adhere.

If the surface remains exposed to the atmosphere for a relatively long period (a few months), the so-called natural passivation suitable for painting is produced. Otherwise, to shorten the time, a chemical passivation process can be used, so it is good to inform those who will perform the galvanizing process, that the product will be covered by a layer of paint.

It is however advisable before applying the paint, to proceed with cleaning the surface, using mechanical systems (brushes, sandblasting, abrasive paper) paying particular attention, since if applied too vigorously they can lead to the thinning of the zinc or in extreme cases, to the re-sharpening of the underlying metal.

The next step is to remove dusty residues, with compressed air or with a cloth soaked in diluent, after which, to improve adhesion, a layer of specific primer for zinc can be applied (not a normal rust inhibitor) and then proceed with the final painting.

Finally, it is a good idea to make sure that the paint you are going to buy, has been designed for use on galvanized surfaces. 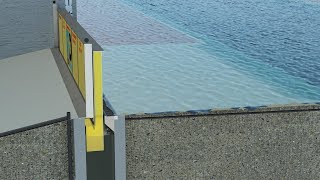